ABOUT THE ALBUM :
Interview with Jossip from Zephyr Bones :


The Zephyr Bones’ hazy, melodic, psychedelic rock flickers with
memories that span the distance between their native Chile and their
current home of Barcelona. “Secret Place” synthesizes their guitar
oriented dream pop into their own unique brand of beach wave.
The Zephyr Bones’ hazy, melodic, psychedelic rock flickers with memories that span
the distance that separates the native Chile of guitarists and vocalists Brian Silva and
Jossip Tkalcic, and the band’s current base in Barcelona, Spain – which is also home to
rhythm section, Marc López and Carlos Ramos. The songs on their debut album, Secret
Place, share something very intimate and invite the listener to travel to their own secret
places, filled with dreams and promises, hidden away from the hectic world and these
troubling times. Secret Place synthesizes The Zephyr Bones’ guitar oriented dream pop
—which they have christened “beach wave”— recorded in their own Eclectic Echo Lab
studio in Barcelona, and mastered by Victor Garcia.
The Zephyr Bones emerged in 2015 with their debut EP, Wishes/Fishes, on Spanish
label La Castanya, earning them a showcase at Barcelona’s famed Primavera Sound.
The video for “Weird Summer” was debuted via Noisey who called it, “hazy pop vibes
like a hit of serotonin.” The band returned in 2016 with the Black Lips/Surrounded By
Sunflowers 7” single, co-released worldwide between the New York label Other Music
Recording Co. and La Castanya. DIY magazine featured The Zephyr Bones in a story
on the Spanish underground rock scene, alongside Hinds and MOURN. In the past year
the band have become a go-to support act for artists coming through Spain including
Future Islands and Boogarins.
The Zephyr Bones might reside in Barcelona but the songs on Secret Place span the
galaxy. The single “Juglar Child on the Carousel” is set on Mars, “Las Olas” on Neptune,
and “September” is left to roast on the sun. Then again, “I’ve Lost My Dinosaur” seems to
be set in a delirious dream state all of its own. The album opener “Hurricanes” sets the
mood with the line, “your eyes on the sunset”, heading to an innocent place to escape
the world and listen to the gentle whispering psychedelia. “Telephone” tells of a long
distance love affair, while “Penny’s Week” is about fleeing from a relationship, spending
a week skate boarding and fucking off. Caught between suspense and narcosis, The
Zephyr Bones provide the coordinates to their favourite place. It’s not the place itself
that is important but that it should be kept personal —it should be your own secret place,
which can be anywhere, physical or non-physical— a place or a feeling that is kept close
to heart. It could be special memories of love – with partners or friends, separated by
bed sheets, miles or light years. All these are stored in the tracks on Secret Place,
whether you hear them on Venus, Pluto, the Pacific, the Mediterranean coast, looking
out at the sea from Chile, Barcelona, or your living room. Play the record and meet the
band there. 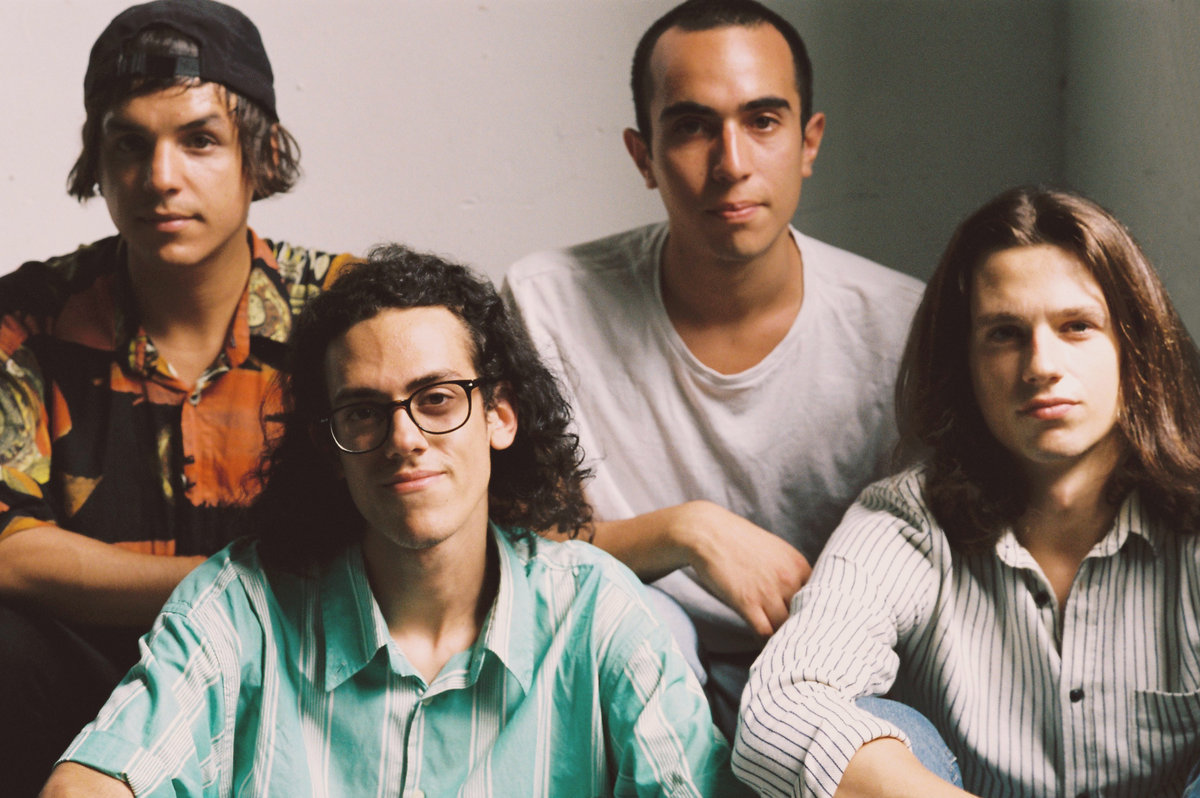