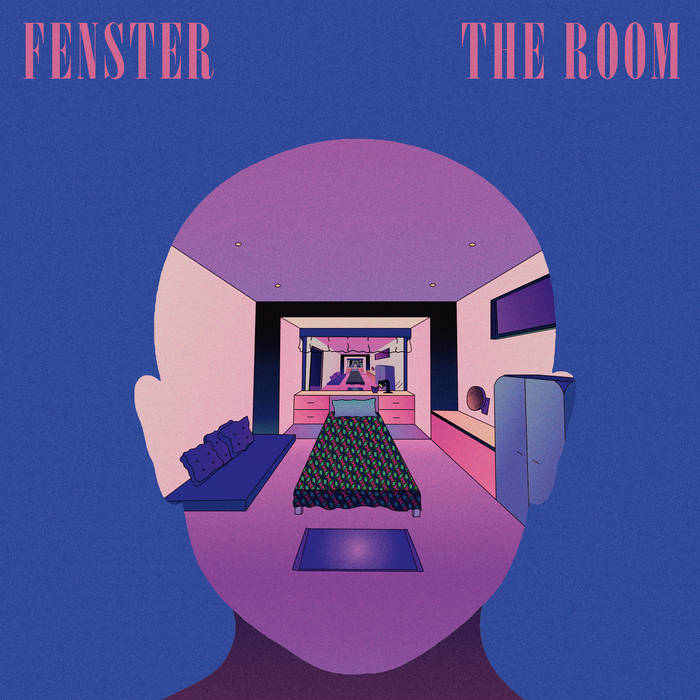 »The Room«, Fenster’s fourth album and their first release on Altin Village
& Mine marks the beginning of a new chapter for the band. After releasing
three albums, a feature length film, and touring extensively throughout
Europe and North America since 2012, »The Room« serves as an entry
point into their sonic evolution. The essential characteristic of the band is
transformation—within and between genres, albums, and songs. Their
sound is a window framing psychedelic, groovy, hypnogogic, playful pop.
Fenster is Elias Hock (Germany), Jonathan Jarzyna (Germany), Lucas Ufo
(Fance) and JJ Weihl (USA).
Their mission in creating this album was to compose and arrange
every song together in a room. It is an experiment in collective creativity
that pushed all of them to transcend their individuality and create
something together which is greater than the sum of its parts. The songs
were tracked live in a house where the band ate, slept, and played
together. Often the songs were recorded without implementing a click
track. They were intent on finding and locking into a human groove—one
open to imperfection—while still maintaining a tightness between them.
They wanted to make the songs feel alive—as if the listener were present
in the room with them in the moment of creation.
The album’s title track »The Room« opens the record like a rollercoaster
ride. There is a tension in the first bars that ties us to earth, a minimal riff
that guides us to the first chorus where we feel we are slowly lifting into
the air—and by the time we reach the second chorus it has exploded into
a space far away from the planet’s gravitational pull. The band’s use of
juxtaposition is not just a way of channeling a vast library of musical
genres and concepts, it is a means of expression. Combining tender pop
melodies with kraut-beats, disco grooves and psychedelia frees the band
from any one sound and creates a genre all its own. This playfulness is
especially vibrant in songs like »Rhythm A« and »HAHA lol« which
deconstruct and fuse together disparate moments of explosive rock,
tender harmonies, percussion made of splashing water, voices from a
radio, and electric piano. Even »Feel Better«, a sparkly pop ballad is
cracked wide open by a long trippy interlude that appears unexpectedly
within an otherwise classic structure.
The cover art, created by the band’s own Lucas Ufo, invites us into a
room in the shape of a human skull. If one looks »out«the window in the
picture, one finds oneself looking in to an infinite portal of rooms within
rooms. The record plays a lot with this idea of perception. In »HBW«, the
relationship between the bass and the drums creates the feeling of an
infinity loop. The lyrics lend an enigmatic tint to the landscape of so called
objective reality v. perceived reality: »I was a phase // you were going
through // said I was the one butthere is no one // there’s only the sun //
that gives shape to the moon«. The record starts with »The Room« and
ends with »Two Doors«. Maybe one door is an exit, and one leads to
another room…who knows? The song has something mysterious and
expansive, like a digital ocean flooding the room, carrying everything away.
The whole process of making a record is about capturing a moment in
time. This is the record they made—in this point in time, all together, in a
room. The last words of the record roll out with the waves: »What you leave
behind for someone else to find // Two doors inside // neither one is right«

Album of the Week • Interview with Mike Lindsay