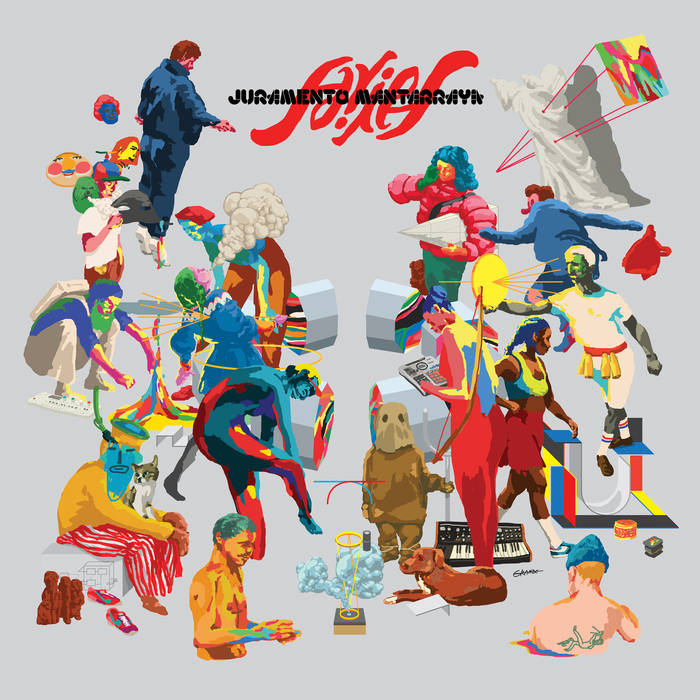 Mind traveling sunshine pop and inventive electronics from Spain
to listen while dancing around a fire.

“The distance between mud and electrónics
can only be walked through by mysticism”.
Val del Omar

Although Isa Fdez. Reviriego defends in one of the songs of her last album that “doing
nothing” is a sublime pleasure, the truth is that Isabel herself finds it very difficult to stay still.
It is not because she thinks there’s something wrong “doing nothing”. Introspection is,
according to her vision of the world, a highly productive and efficient activity for the
individual. But Isa doesn’t just love to talk about “doing nothing” – she loves to do. In the
last year, she soundtracked the Playstation video game Melbits World and a short film
for Stella McCartney. She provided singing voices for the Spanish-language version of
Cartoon Network’s Adventure Time, and has remixed several other artists.
In 2011, Isa discovered a melodic, kaleidoscopic, punk and unpredictable universe inside
her head – one in which Brian Wilson’s melodies and Leon Tolstoi’s law-breaking final
messages – could happily dance hand in hand to electronic rhythms. She called this
personal project Aries, after her zodiac sign. Her fourth and latest album, Juramento
Mantarraya, released by Spanish label La Castanya and K Records, is a collection of
beautiful melodies —seemingly convoluted yet simple— a combination of violins, flutes,
industrial sounds, and chest-rattling bass.

Across Juramento Mantarraya, Isa and co-producer Jose Vázquez creates an orchestra
– an exciting mixture of soul and free-jazz rhythms, melodies from the girl groups of the
60s, sunshine pop, spanish folk and experimental electronics. Combining samplers, synths,
guitars, her precious voice and the sounds of the Galician Coast, where she creates, she
speaks of friendship, love, and the beauty of error.
Isa tells us that the right to doubt is as relevant as the need to know that making mistakes
and meditating are two legitimate activities – just like triumph and work. She shows that
imperfection and experience make us human – and that building the path is much more
important than the arrival itself. She analyzes ferocious, time-devouring capitalism and the
egomaniac society, celebrates experimentation, and invites you to rethink everything you’ve
ever learned.

In her 2015 book Un Rayo Ultravioleta (An Ultraviolet Ray) (Chelsea Ediciones), Isa
explains: “When I make music, time stops, nothing else worries me and I am happy. During
those moments, I feel true pleasure and fullness. I can concentrate for hours and get
excited with an arrangement or a sound and vibrate with the harmonies. They are what
Lord Byron called ‘the dazzling intervals,’” and Juramento Mantarraya is precisely that: a
collection of dazzling intervals created by someone who knows that only those who are
as excited taking a walk as composing melodies can reach people’s hearts.